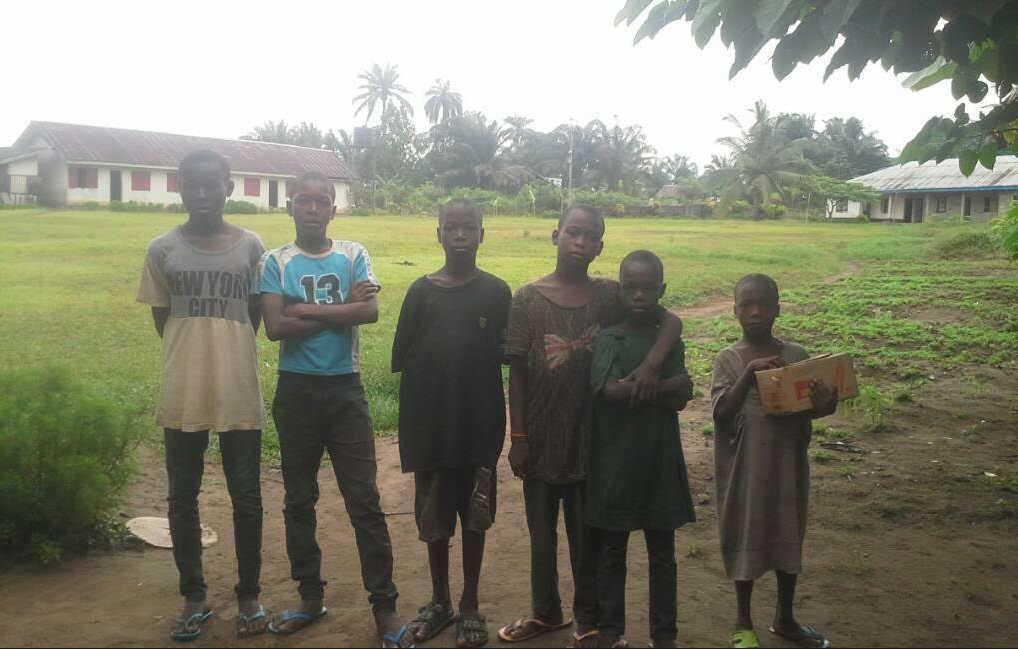 No fewer than six children from different local government areas of Akwa Ibom State were rescued on thursday from what is believed to be the hideouts of human traffickers in Eket by volunteers of the Child’s Right and Rehabilitation Network (CRARN).

Pastor Hezekiah Akpasi, Manager of the CRARN,  stated this while fielding questions from newsmen in his office at the CRARN Children Center, Eket.

Pastor Akpasi said the children who were all stigmatized in various churches and prayer houses were 13 in number and seven were nowhere to be found as they were believed to have been whisked away by the human trafficking syndicates who lured them into their enclave and took them away before the organization got the tip.

“We believe from what the children said that all of them were denounced as witches and wizards by some of these hungry and desperate pastors and prophets. As we got the information we went there immediately. The children even said seven of their colleagues were already missing after some men came and told them that they have a place to take for work and go to school ” said Akpasi

He added that they got hint from a child who was reunited with her parents six months ago but pushed out of the house again with the warning that she should not return back to CRARN, otherwise she’d be killed by the father. So she opted to go back to the streets where she was rescued during an anti-witch branding campaign rally organized by the Akwa Ibom State Ministry of Women and the National Agency for the Prohibition of Trafficking in Persons and related matters (NAPTIP).

One of the rescued children, Emmanuel Akpan Uno said he trekked from Oron to Eket (about 50 KM) after two of his friends on the streets were badly beaten and tortured by their brothers to a state of coma before dragged into the bush and he became afraid that he would be the next victim so ran away.

For a five year old Wisdom Friday Ndohose from Enen Ekpene, Afaha-Eket, the story is different. Friday told newsmen that he lost touch with his mother after their pastor told him that he was responsible for the accident his mother had. His mother then took from Uyo to Eket and returned him to his father. Though his father welcomed him, such welcome was merely short-lived as his stepmother and father later turned him into punching bag and usually tied him to a pillar in the backyard, burnt a nylon bag and allowed it to be dropping on him.

He said even after he ran out of the house, his father normally comes to the streets where he stays with friends and beats the hell out of him saying that until he releases his wife’s womb from the witch coven, he would never know peace.

The CRARN Children Centre in  Eket  was established in 2003 by a Nigerian, Sam Itauma when he rescued four children who were being beaten by a dozen of adults in his community with the fanciful claim that they were holding down the sales and progress of the market in his community. Since then, the centre has continued to rescued pariah children and street urchins from the streets and woods

Illegal African migration to Germany: What can and should be done