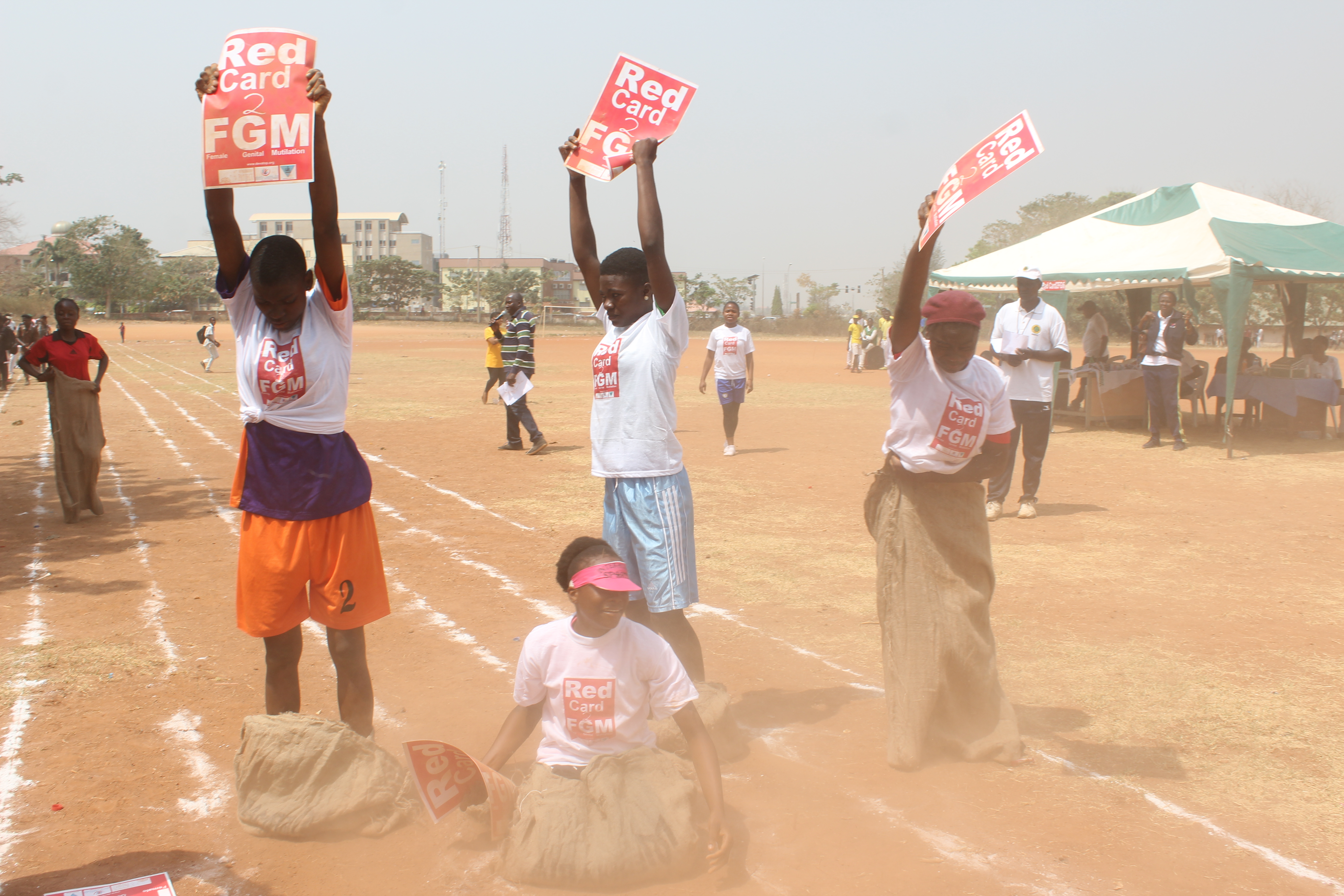 Red Card2FGM Campaign is aimed at using the power of soccer and other types of sports to raise awareness on the need to abandon female genital mutilation, and encourage young people, especially women/girls to stand up against the practice.

This campaign is one of the many strategies of Devatop Centre for Africa Development with support from The Pollination Project and The Girl Generation to sustain the impact of End FGM Advocacy. 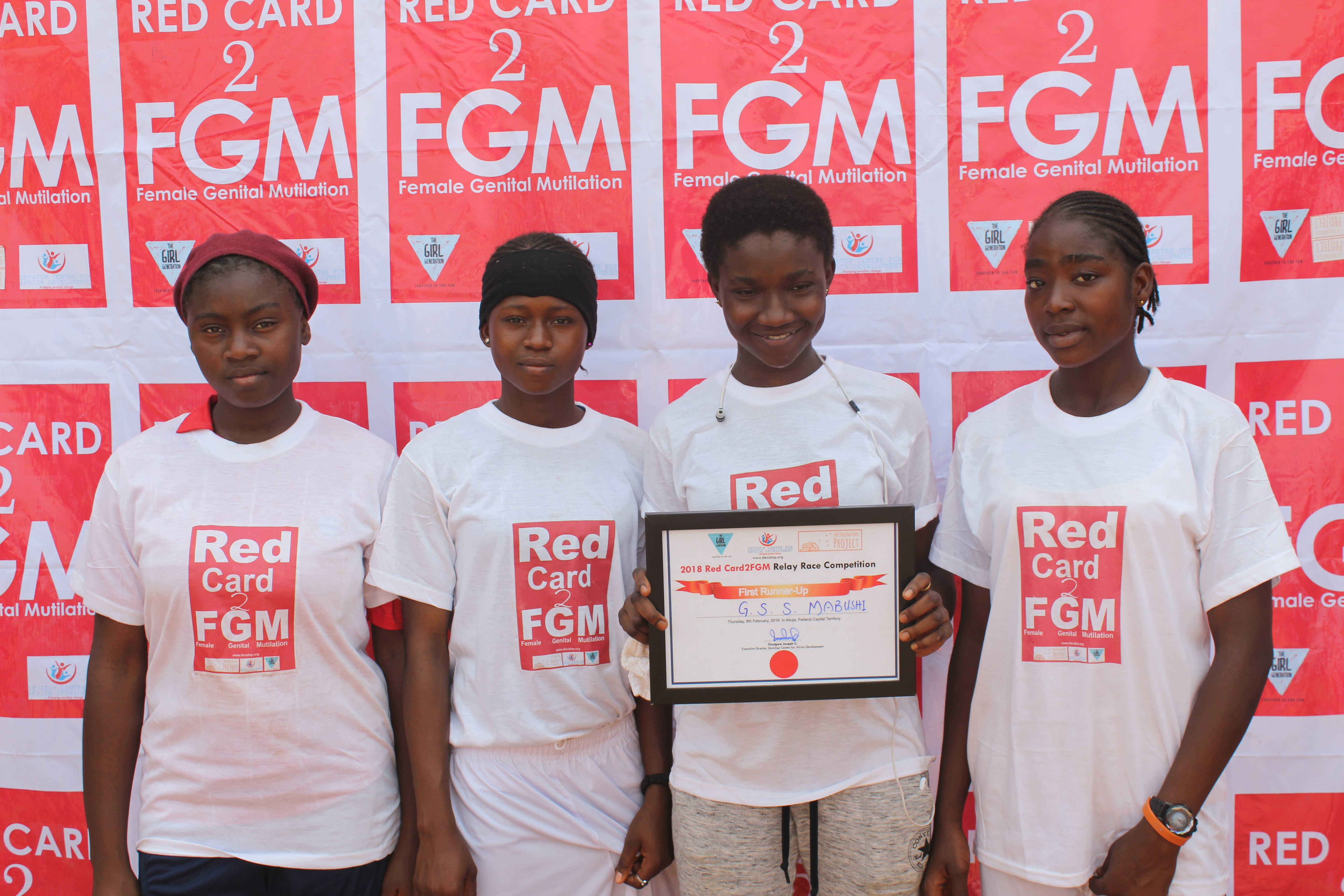 Through the campaign, young people are to use football, relay race, table tennis, handball, and other forms of sports as tools for promoting abandonment of female genital mutilation.

WHY RED CARD2FGM? The idea of a red card was taken from the game of soccer, where it is given to a player that has made a dangerous tackle, or injured a fellow or has been offensive or abusive in some way. After being shown a red card, the player needs to leave the field.  In the same way, the Red Card2FGM campaign wants to get rid of female genital mutilation.

To commemorate the 2018 International Day of Zero Tolerance to Female Genital Mutilation (IDOZ-FGM) Devatop Centre for Africa Development with support from The Pollination Project and The Girl Generation organized Red Card2FGM competition on Relay Race, Sack Race, and other sports activities for six secondary schools in the Federal Capital Territory, Nigeria. The sports competition was used to educate over 1000 students on dangers of female genital mutilation.

While responding to the press, Joseph Osuigwe, Executive Director of Devatop Centre for Africa Development said, “Devatop initiated Red Card2FGM because of the love of sports by young people, and with the hope of using it to get them involved in promoting awareness on dangers of female genital mutilation. We are using Red Card2FGM Sports Competition to make young people join movement to end female genital mutilation, which has affected over 10 million Nigerian women and girls.  We specially appreciate The Pollination Project and The Girl Generation for supporting this project.”