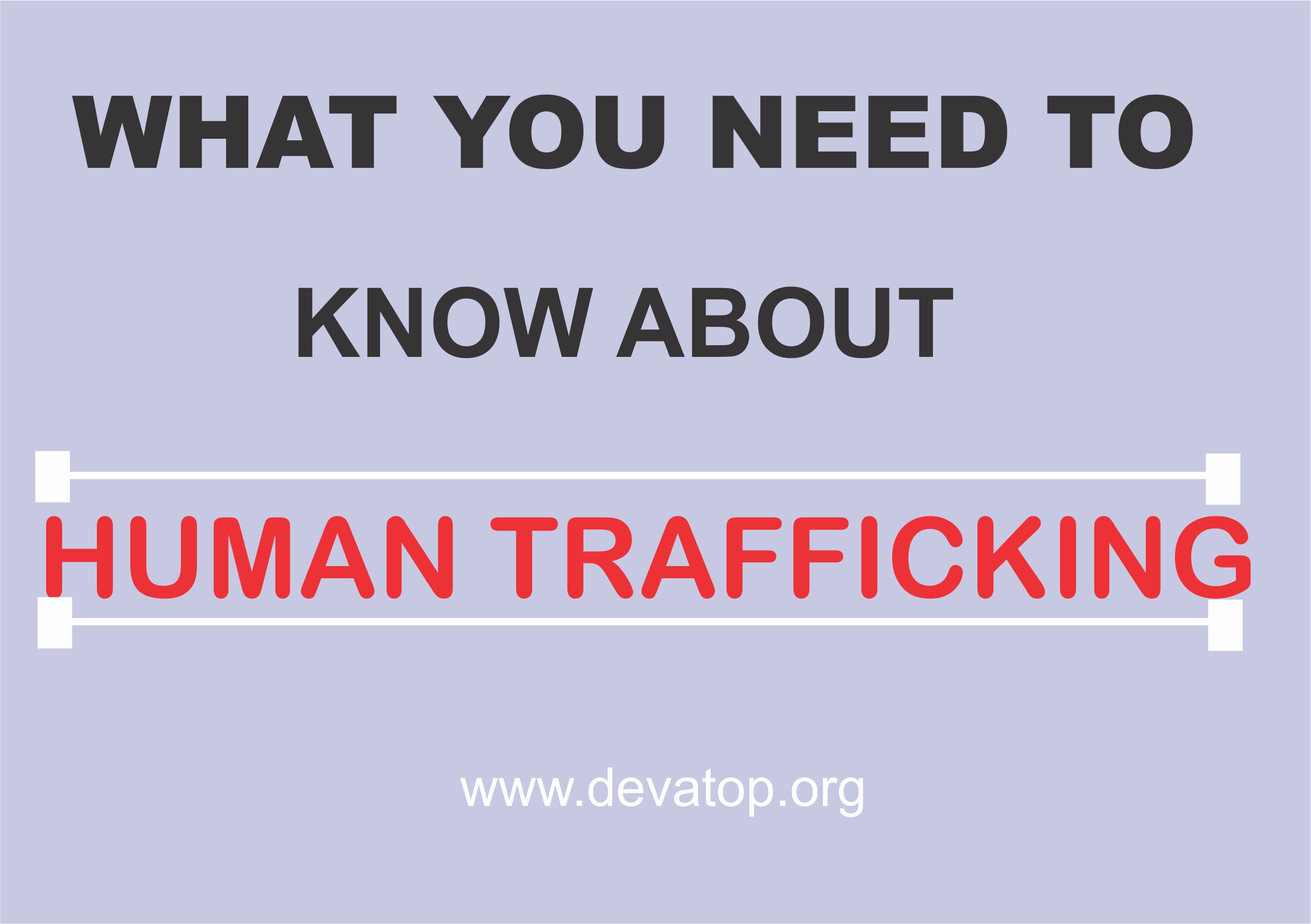 According to a research conducted by Shelley Louise, “human trafficking is a global phenomenon that is fueled by poverty and gender discrimination”.

From the connotation of the word “Human Trafficking”, it can be simply understood, as the use of force, coercion, persuasion, threat, or deception to move, habour, detain someone for the purpose of sexual exploitation, labour exploitation, organ harvesting, baby factory, suicide bombing/child soldier, and other forms of exploitation. There are many different ways that people can be forced into labor. Sometimes physical force is used, other times blackmail and other forms of coercion and fraud. Other times, criminal organizations pose as legitimate employers and trick their victims into signing up for opportunities which turn out to be anything but what they promised to be.

Based on US Department of State report, over 27 million people are victims of human trafficking globally. This number is more than the population of countries like Netherlands, Ghana, Togo, Congo, Uganda, and Gambia.

Human trafficking destroys lives, poses health risks, and fuels organized crime. It has a detrimental effect not only on individuals, but also on the economy as a whole. Here are some disturbing facts about human trafficking you may not know.